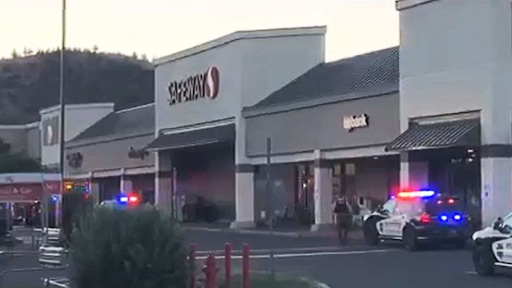 Lowering the Walls that Divide Us 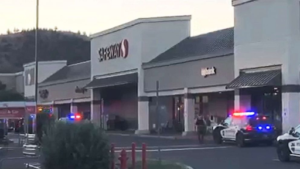 Two weeks ago,  I talked about my hometown of Bend, Oregon and the silent move over 1,000 families have taken to pull their kids out of schools and opt instead for homeschooling, as many of them don’t like what the schools are teaching when it comes to critical race theory, racism, or the unpleasant elements of U.S. history.

My plan to follow up that post with a how-to post changed when, last Sunday night, a young man from a nearby neighborhood walked into a Safeway with a shotgun and an assault-style rifle, shot a few rounds into the air, and then walked into the store and killed two people before taking his own life.

Our town was rocked, as was I. At the time of the attack, a buddy was across the parking lot in a Whole Foods grocery store. His recounting of being on lockdown in the store for 90 minutes made the experience even more visceral, more real.

The murderer’s online manifesto revealed a rageful, isolated, hopeless young man who consciously used the event to take his own life. He was in his early 20’s, and he was white. It’s not a coincidence that so, so many of the people committing mass murders in the U.S. are white men; over 80% of them are.

It’s not like the struggle with identity or the depression and anger white men feel is new. It began during the financial crisis in 2007-08 when so many people suffered catastrophic financial losses in their savings. White men in particular felt like their shot at the American dream was lost, along with their savings.

The crisis made the income gap between the richest and the poorest among us more real. For many, the crisis provoked a loss of confidence in our financial system, economy, and even the government. Social psychologists suggest that some white people weathered the blow worse than other groups because they sensed that their race gave them an advantage in our society. Their loss, some suggest, was harder due to a sense of entitlement. Whatever the reason, individually and as a group, we white men have been in trouble ever since.

I won’t recite all the statistics, but on a per capita basis, we’re more likely to commit suicide or acts of violence—especially with assault-style rifles—than any other group in the U.S. We use more prescription drugs, and we are less likely to ask for help or seek therapy.

We don’t know what the Bend murderer’s life was like, but it’s a good bet he didn’t have the level of mentoring or support he needed to cope with the stresses he felt. He may have had underlying mental health issues that weren’t treated or addressed, which also could have contributed to his death.

In the hundreds of sessions I have conducted with the thousands of participants over the past 20+ years, I have noticed that many of the angriest white men I’ve worked with feel they’ve been labeled as “white” and that, to them, being white hasn’t felt like an advantage whatsoever.

They hate the term “white men” because it represents a stereotype of a middle-class and up, suburban-raised, liberal arts-educated person who only had a job in high school so they could buy gas for the cars their parents lent or gave them. Meanwhile, the other group of white men—the ones who were not born into as much money or convenience as others—often worked to contribute to their families from an early age, or they wore hand-me-downs to save money, or their after-school social lives were limited because they worked five days a week after school.

And now, here I am, lecturing them on who does and does not have privilege, as if I know anything about what their lives were like.

Often they don’t see or believe that racism, sexism, or homophobia is as real as people like me think it is, but they sit through the session, afraid to voice their skepticism or reveal their truth, as they risk being labeled, or worse, being told they discriminated against someone at work.

So here we are: on opposite sides of a deep canyon created by economic hardship and disparity, and a different view of if it is caused by individual random acts or some larger system. Our ideological differences also keep us apart, even though many of those differences stem from a belief system we inherited because of where we were born and who we were born to.

Here’s one first step we can take to lower the walls of the canyon, whatever our position on these topics: we can work to suspend our moral outrage, the feelings that convey an “I’m right and you are wrong” message, even if we don’t say it. Our beliefs—whatever they are—don’t make us better than anyone else, so let’s stop acting like they do.

We don’t need to get better at debating the issues. Debating more often than not turns into an argument about who is right and who is wrong, and right or wrong in this context doesn’t help.  Moral certainty in any of us —the belief that we are in the right and others are not—just deepens the canyon and makes bridging it almost impossible.

The tragedy of the shooting in Bend isn’t just about guns or mental health or class; it is also about the ways we marginalize, demonize, and vilify people not just after they have committed a heinous act, but when they simply tell us they disagree or they don’t see it our way.

I LOVE being right. It makes me feel better to know I KNOW something. It alleviates some of my chronic self-doubt. But if I bring that righteousness to my relationships, it will lessen my connection with others instead of enriching it.

We know the positive behaviors to embrace that can help whomever we are “in the canyon” with climb out; empathy, compassion, care, and the gift of listening.

We will never know what would have happened if someone could have touched the heart of the man responsible for the murders in Bend with care, listening, and compassion. I hope people tried. I hope he wasn’t made to feel small or less-than because someone was more interested in telling him he was wrong than telling him they cared.

Caring about the outcome and deepening our connection with others instead of making someone feel less than—that will make it easier for both of us to climb out of the canyon, won’t it?

(This is part two of a three part series by Jim.)