DEI and the 4 Questions Skeptics Ask 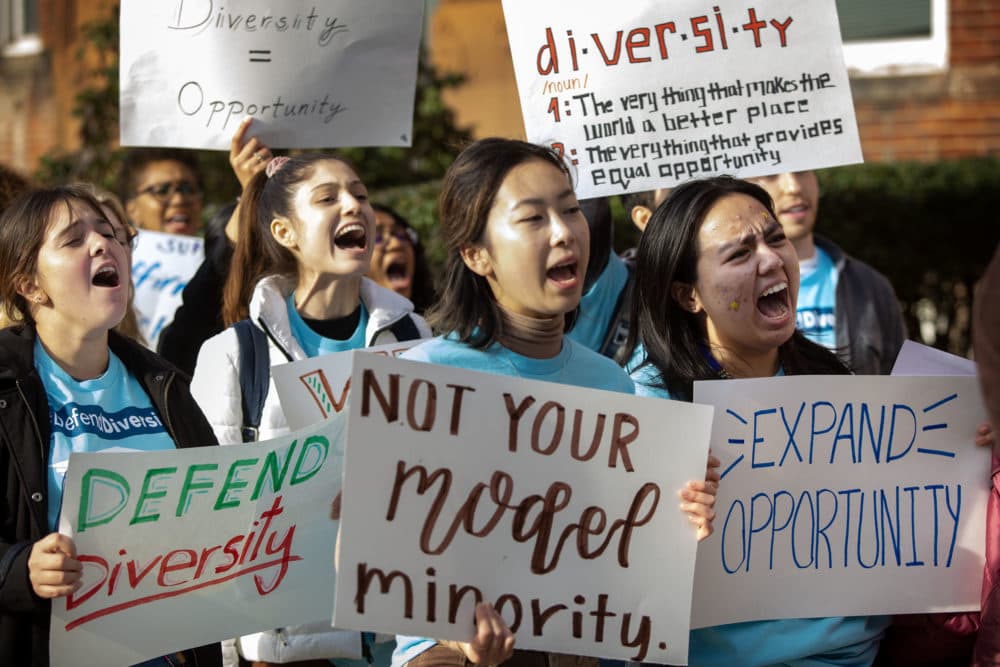 Students in the Affirmative Action Coalition march from Harvard through Cambridge, chant in support of diversity and affirmative action on college campuses. (Robin Lubbock/WBUR)

Did you know that 25 years ago, Justice Sandra Day O’Connor predicted that the issue of racial discrimination would be something our society would not have to confront today?

In 2003, Justice O’Connor summarized her opinions in a Court case on affirmative action at the time: “We expect that 25 years from now, the use of racial preferences will no longer be necessary to further the interest [of increasing diversity in colleges and universities] approved today.” Can we agree that optimistic prediction has not come true? From attempts to intimidate and threaten Black and Brown voters in the recent U.S. election to confronting anti- Semitic sentiments and hate speech from public figures, we are still dealing with racism daily in U.S. society.

The cases before the Court now were brought by the organization, Students for Fair Admissions (SFFA), who are seeking the elimination of all “race-conscious” admissions practices in universities and colleges. The Supreme Court has rejected the organization’s arguments twice already, and ruled that universities can consider race in admissions to promote diversity on campus and enrich students’ learning experience.

What’s going on? Why can’t we do as Justice O’Connor predicted and overcome and evolve past the stain of racism, racial bias, and discrimination?

I don’t have an answer to that question, but here is an observation about the patterns of misunderstanding that seem stall true progress.

In our work with clients around the world, some of my colleagues and I have noticed there are four questions that are repeatedly asked in arguments like this that take us down the problem- solving rabbit hole.

It seems to me that these questions are motivated by a desire to intentionally stall progress. In other instances, the questions stem from a constructive intention, but the people asking these questions lack the ability to actually hear the words or see the lived experience of our colleagues, friends, and neighbors who have to deal with racial discrimination on a daily basis.

The four questions are:

A mentor once told me that, “Affirmative action is a clunky, inelegant, but necessary engineered solution to a human dynamic, and a problem that defies simple solutions. You can’t engineer mindsets.” They warned me, and that’s what was most disturbing when I listened to the Court proceedings. Some justices just sound like their minds are made up, and they are unable or unwilling to look past the literal interpretation of the 14th Amendment to consider the context of our society, then and now.

It is astonishing to hear some of the justices ask the same basic questions our clients who have never had the opportunity to delve deeply into diversity and inclusion ask. The difference is that the Justices are supposed to be among the most learned and informed among us. It was heartbreaking to listen to some of the Justices go down the rabbit hole of these four questions. Is that they don’t understand the real issue or do they not believe it’s really worth considering?

Ways to Deal with the Four Questions:

Do your best not to take the bait. No answer you can provide and no dialogue about them will actually move the needle toward a more equitable society. Instead, start with listening to their story—all of it.

Say something like, “What really bothers you about working towards a society with no racial discrimination? Or “What are you afraid of if the Court upholds affirmative action—as imperfect as it is—to help rebalance the scales of justice?” Asking a question like this creates connection with the person asking the question, rather than taking a stance of debate. It also gets more to the heart of the issue, which is their resistance – not the legitimacy of DE&I work or, in this case, affirmative action.

A decision to completely overturn the Grutter v. Bollinger case, which was basically a blueprint for race-conscious college admissions, could have devastating outcomes when it comes to college admissions. According to a brief filed by Harvard, more than 40 percent of universities in the U.S. consider race during the admissions process. Let’s hope the Supreme Court will not vote to end the use of racial classifications in college admissions.

Whatever the outcome, we can assume the next few years are going to be trying when it comes to the Court and their current stance on Affirmative Action.  Here’s to working together to protect it.