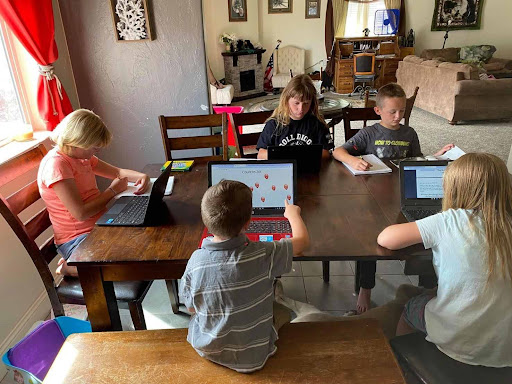 Here’s Why Some Families Are “Quiet Quitting” Public School

This story is part 1 of a 3 part series.

In my hometown of Bend, Oregon, the Bend-La Pine school district is experiencing an unusual decline in its student census this year compared to last year. So far, over 1000 fewer students are registered. Deschutes County is experiencing demographic growth that should, if anything, show a trend in the opposite direction. In fact, the demographics for the four-county area called the “High Desert Education Service District” show a 500% increase in homeschooling since 2019. 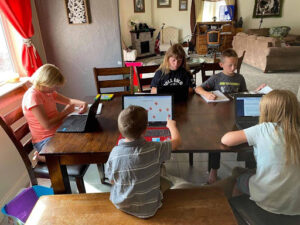 Obviously, a lot of the change has to do with the coronavirus, but according to Paul Andrews, superintendent of the four High Desert school districts, of which

Deschutes County is one, there is another factor at play: “School curriculums related to the role of race and racism in the U.S. haven’t changed in the last year, but what has is the attitude of some parents towards it.”

What I am hearing from my neighbors and friends who teach or work in public school administration here is that a lot of families are pulling their kids out of school to homeschool them because of fear and discontent about teaching critical race theory.

I’m curious what these families think critical race theory is and what they’ve been told about it. What is it they are so concerned about that they would prefer to homeschool their kids rather than use the educational services their tax dollars already pay for?

My next reaction is to over-simplify a solution, thinking all we need to do is get more and better information on what critical race theory is into their hands so they can see it’s nothing more than an exploration of how systems sustain themselves, which makes systemic issues like racism or sexism very hard to undo at a societal level.

But there is a deeper issue at play here: many of these families feel marginalized and unheard about their concerns when it comes to topics about race, immigration, history, education, the pay gap, and class. Add to their anxiety the stories they are hearing about how “liberals” are trying to replace them with less expensive immigrant workers and that our schools’ history curricula are designed to assault their children’s self-esteem and confidence.

In Bend and nationally, this group has learned to identify people like me from a mile away. They know to avoid talking about what concerns them for fear of being judged as “Trumpers,” or ignorant, or racist, or anti-vaxxers, or worse.

I’m not reading new stories about incensed, outraged, and upset parents who are pulling their kids out of school because they feel marginalized. Many of them are just quietly taking action. Why should they hazard the kind of eye-rolling judgments people like me have been making about them for so long?

If we liberal or progressive people really want to create a world that works for everyone, we better start by practicing the tenants of diversity on ourselves. We’re not morally superior because we believe in equity or civil rights, or justice or democracy, and acting more right than others just drives them away. We reek of judgment when we objectify and make fun of them. The way we look down our noses at them sends a message about who we think is better, even if our words don’t say so. And this same group of people—the ones who are afraid of their kids learning CRT—will also tell us they believe in a similar set of pro-U.S. ideals.

Yes, some folks choose to believe that news is more entertainment than fact, and they don’t appear to be open to feeling or seeing how stunningly disproportionate discrimination and bias is on men and women of color, or on white women, or on LGBTQ+ folks. However, they aren’t going to find their empathy or look at the data as long as they feel our supremacy over them.

Through their votes and decisions, this group is tacitly showing us that they are willing to forgo democracy if it gives them a better chance to catch a small piece of the American dream. It’s our move, and we are failing at it.

Let’s get to work on learning to create positive partnerships with our embattled, disenfranchised white neighbors. We don’t have to agree with them or pretend to adopt some of their points of view to get invited to dinner;  we just have to be curious and nonjudgemental enough to listen to their stories—all of them—about what they are afraid of and who they think is to blame for it.

There are a lot of things to do after we learn to create positive partnerships, but let’s start there.